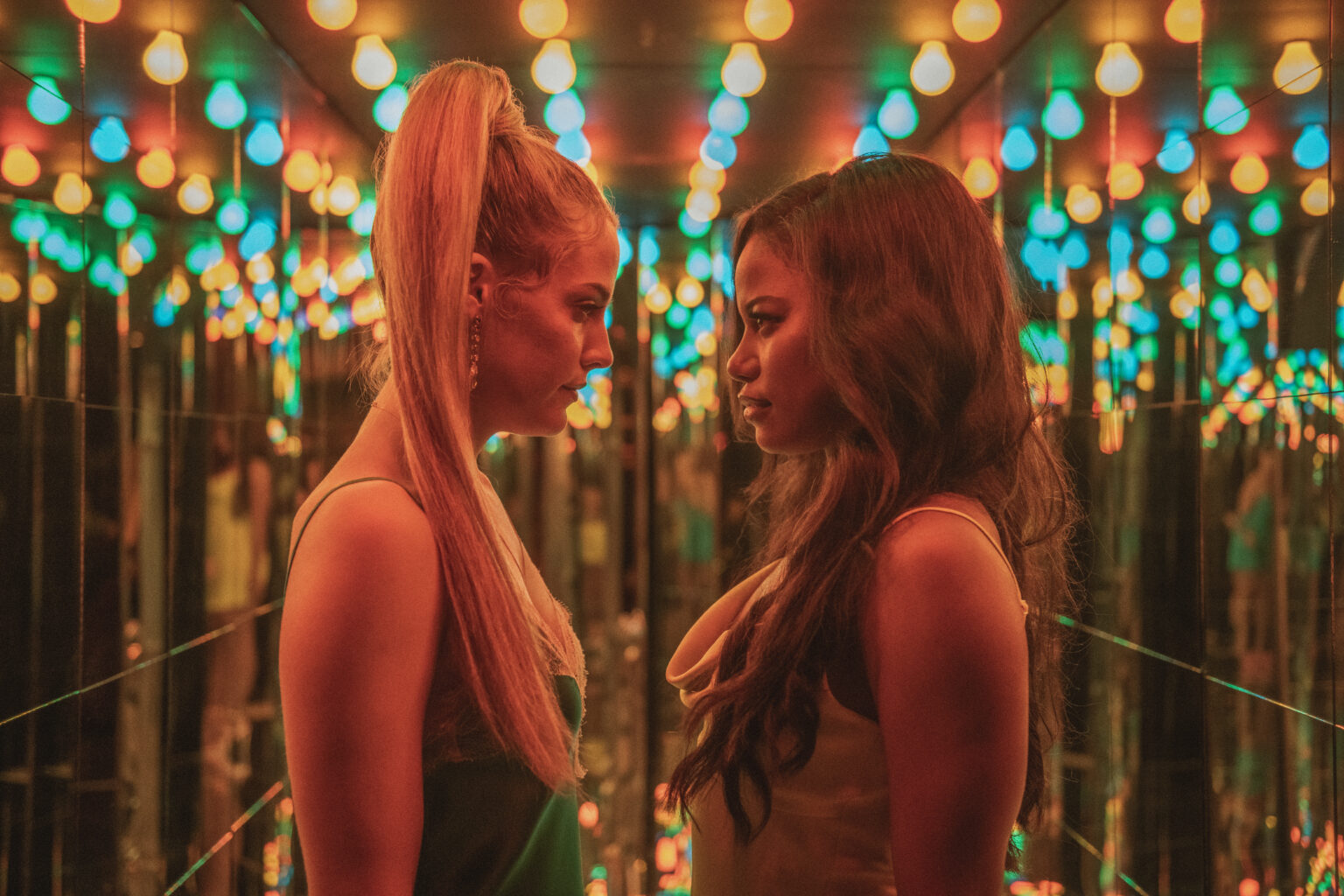 “Zola” announces Janicza Bravo as a serious talent. By successfully adapting the legendary Twitter thread, it proves that anything can be turned into a good movie, but also leaves you wanting more.

Few stories can completely captivate an audience, but “Zola” is one of the rare ones that can do so in under 140 characters. “Zola” follows the legendary story of Zola King, a waitress from Detroit who accompanies a stripper to Florida and gets dragged into a web of prostitution and murder. King would later share the events in a viral Twitter thread, and six years later director Janicza Bravo has turned it into a full-fledged movie. And “Zola” has all the makings of an indie darling: it tells an edgy story with a ’70s film grain, the A24 name and Riley Keough in the cast. While I hate to take the bait, I simply can’t deny that this is a good movie.

Zola is a great character. She functions well as the audience POV, always looking in on the events from the outside until things get too real. She’s immediately over the rest of the characters and is smart enough to see through them before things go south. Taylor Paige and Riley Keough are a dynamic duo, with Paige being the most likable lead of the year and Keough disappearing into the role of the trashiest femme fatale ever. Both the characters and the movie manage to work across multiple genres and tones: crime/thriller and loose road-trip comedy. There are only a few parts that involve guns or violence, but they’re flanked with scenes of strippers having a religious revival or a flashback telling Stefani’s (Keough) version of events. Then, some slower scenes dedicated to exploring Zola as a character separate her from all the craziness around her. As with the rest of the movie, these are welcome, but also too few.

Those stylistic Twitter flourishes are there, for sure. The film has the aforementioned ’70s film grain, although it looks like it’s been pushed through an Instagram filter. The action is scored by an orchestra of familiar iPhone sounds. Occasionally the film will take screenshots of itself. It’s a simple device, but it sells you on the idea that you’re hearing this story through a phone somehow. The framing device actually has a point, as Zola literally tells her version of events as they unfold in real time. This sets up several hilarious moments, along with an element of subjectivity and nonlinear storytelling. Bravo’s direction gives the movie a smooth, dreamy feeling that fits oddly well with the informal style of a Twitter story.

Bravo also cares enough to explore specific themes. Sexuality is obviously very prominent in the story, but the subverts viewers’ expectations to great results. Female nudity is nearly shown several times, but never fully. These occasions are always from Zola’s perspective, and they disappear halfway through the movie. Meanwhile, male nudity is shown to an almost comical degree during certain parts, usually to make the audience feel quietly disgusted. This helps reinforce Zola’s POV and helps the audience feel for her plight that much more. It’s a shame that themes like this are only explored briefly and we don’t get enough time to really know those characters.

The biggest problem with this story is its length, which feels 20 minutes too short. This is almost a compliment — I liked the movie enough to want more of it — but a flaw is still a flaw. It sets up interesting themes but doesn’t quite follow through with them, and the characters don’t seem to have complete arcs. The pacing is too fast, and the ending is abrupt without much of a point. This might be part of the risk in adapting something that is both a true story and a Twitter thread. Real events don’t often have neat finales, and Twitter threads don’t always give you closure. “Zola” is lucky that the rest of the runtime is so thoroughly entertaining, as this would have been unacceptable with any other movie.

As it stands, “Zola” is a fun trip and the first great film adaptation of a Twitter story of our time. While it’s too short and lacks a larger point, every minute of it was enjoyable. Hopefully all these people go on to bigger and better things, because I can’t imagine what they’ll do when they’re given more to work with.