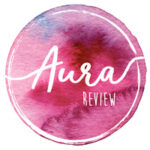 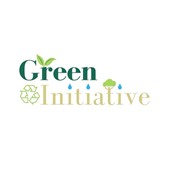 Aura Literary Arts Review is partnering with Green Initiative and, with the support of Sustain at UAB, Green Globe, and SJAC, we will be initiating a project on UAB’s campus to create three sculptures made from repurposed materials which will be displayed around campus. The purpose of the project is to promote awareness of excess garbage production and its widespread consequences. Over the next few weeks, we will be releasing a series of articles to highlight these issues found in our own backyard of Birmingham and its surrounding areas.

Environmental justice, an ever-growing social movement, can generally be defined as the equal protection and involvement of all people (regardless of race, color, origin, or socioeconomic status) with respect to environmental policies and regulations. To put it simply: someone’s income, race, or where they come shouldn’t have an effect upon their eligibility to live a healthy life.

While this may seem like a no-brainer (everyone should be allowed the opportunity to live in adequate conditions, right?), there are huge communities— just a few minutes away from UAB’s campus— who have struggled against governmental powers to achieve this form of justice for years with no end in sight.

Out of 56 states and territories, the state of Alabama ranks 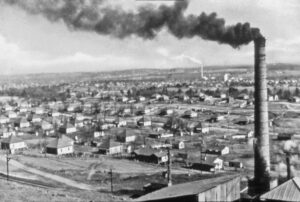 10th regarding total chemical releases per square mile, whether by air, land, or water. It might surprise you to find out just how much Birmingham contributes to this ranking: In 2017 alone, 32 toxic release inventory facilities in Birmingham reported releasing 1.9 million pounds of chemicals that may pose a threat to the environment or human health. (1)

What’s even more concerning is the conclusion of a UAB study conducted by Allen et al. that claims that race is the most powerful predictor in determining where toxic facilities are located. North Birmingham and adjacent neighborhoods most heavily impacted by heavy industrial waste and pollution are located in the zip codes of 35207 (92.4% African American population), 35217 (92.4%), and 35234 (92.4%). For comparison purposes, Jefferson County, much less affected by heavy industrial waste, has an African American population of 42.6%. The two largest facilities in this Northern Birmingham area alone reported releasing over 1.4 million pounds of chemicals in 2012. (1)

Committees like the North Birmingham Community Coalition (NBCC), in conjunction with the Environmental Protection Agency (EPA) and the Jefferson County Department of Health (JCDH), have made small strides in the battle against environmental injustice and heavy industry, however there are still challenges to be overcome. Environmental justice will only occur once there is equal protection and involvement for all communities regarding environmental policies and regulations, without the suffering of any one community in the face of heavy industrial waste.