Aura Literary Arts Review is partnering with Green Initiative and, with the support of Sustain at UAB, Green Globe, and SJAC, we will be initiating a project on UAB’s campus to create three sculptures made from repurposed materials which will be displayed around campus. The purpose of the project is to promote awareness of excess garbage production and its widespread consequences. Over the next few weeks, we will be releasing a series of articles to highlight these issues found in our own backyard of Birmingham and its surrounding areas.

Let’s talk trash. Alabama has long struggled with the burden 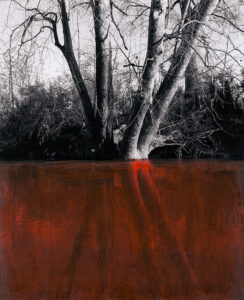 that landfills place on its communities. At one point, a landfill in Sumter County, AL received 40% of the entire country’s hazardous waste. Anniston, Alabama achieved a large settlement from Monsanto after the release of so much PCBs (chemicals linked to liver damage and certain cancers) that a local creek flowed red. (1)

In 2008, more than a billion gallons of highly toxic coal ash was spilled into the Emory River channel in Kingston, Tennessee. Almost two years later, the Alabama Department of Environmental Management (ADEM) approved the transport of 4 million cubic yards of coal ash from the Kingston spill to Arrowhead Landfill in Uniontown, Alabama. (2) Furthermore, Arrowhead landfill still accepts up to 15,000 tons of waste from 33 states each day. That includes the entire Eastern seaboard!

Big Sky Environmental landfill of West Jefferson also receives up to 25,000 tons of waste from 48 US states each day. One resident of West Jefferson explained, “The odor was unbearable, as were the flies and stink bugs. The flies were so bad that you couldn’t walk outside without being inundated by them. You’d be covered in all sorts of insects. People started getting headaches, they couldn’t breathe. You wouldn’t even go outside to put meat on the barbecue.” (1) 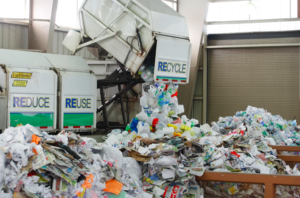 Alabama is apparently taking small steps toward improvement, though. According to the ADEM, over 25 percent of trash generated in the state was diverted from landfills through recycling in 2018. Despite these efforts to curb landfill usage, Alabama still falls short of the national average of 34 percent for overall waste diversion. (3)

Even with the progress being made— and despite the grievances of the residents— communities like Uniontown and West Jefferson still shoulder the burden of these landfills, unwillingly sacrificing their health and communities for the sake of business.